Let’s continue reading the article “do turtles eat jellyfish?” to find out which species consume jellyfish and how they can get away with it.

The answer is yes; some sea turtles have hard vault-like heads that cushion them from the poison of jellyfish, which makes sea turtles the top predator of jellyfish.
However, not all sea turtles can consume jellyfish; species such as hawksbill primarily live on sponges; they are also referred to as spongivores. Species such as loggerheads primarily live on a hard-shelled diet like crabs, horseshoes, conchs, etc.
Some turtle species that can consume jellyfish are leatherbacks, flatbacks, olive ridleys, kemp ridleys, etc. Some species, such as leatherbacks, jellyfish, and other soft invertebrates, are their primary diet.

The mouths and jaws of turtles are shaped differently depending on their diet: for example, loggerheads have strong jaws enabling them to crush hard-bodied diets such as conchs, whelks, crabs, etc. whereas, leatherbacks have sharp and pointy beaks allowing them to pierce and clasp soft-bodied prey such as jellyfish.

How can turtles eat jellyfish?

We are aware of jellyfish stings; either you or someone is known to you must have been stung by jellyfish at one point or the other. The rashes as the outcome of thrash can last from one to 4 weeks depending on the jellyfish type.

The explosive release of nematocysts, a specialized cell in the tentacles of a jellyfish, causes these rashes and tissue damages; sometimes, this venom can be fatal.

Are turtles born with shells? When do they get their shells?
Can a turtle live without its shell?

How much jellyfish can a sea turtle consume? 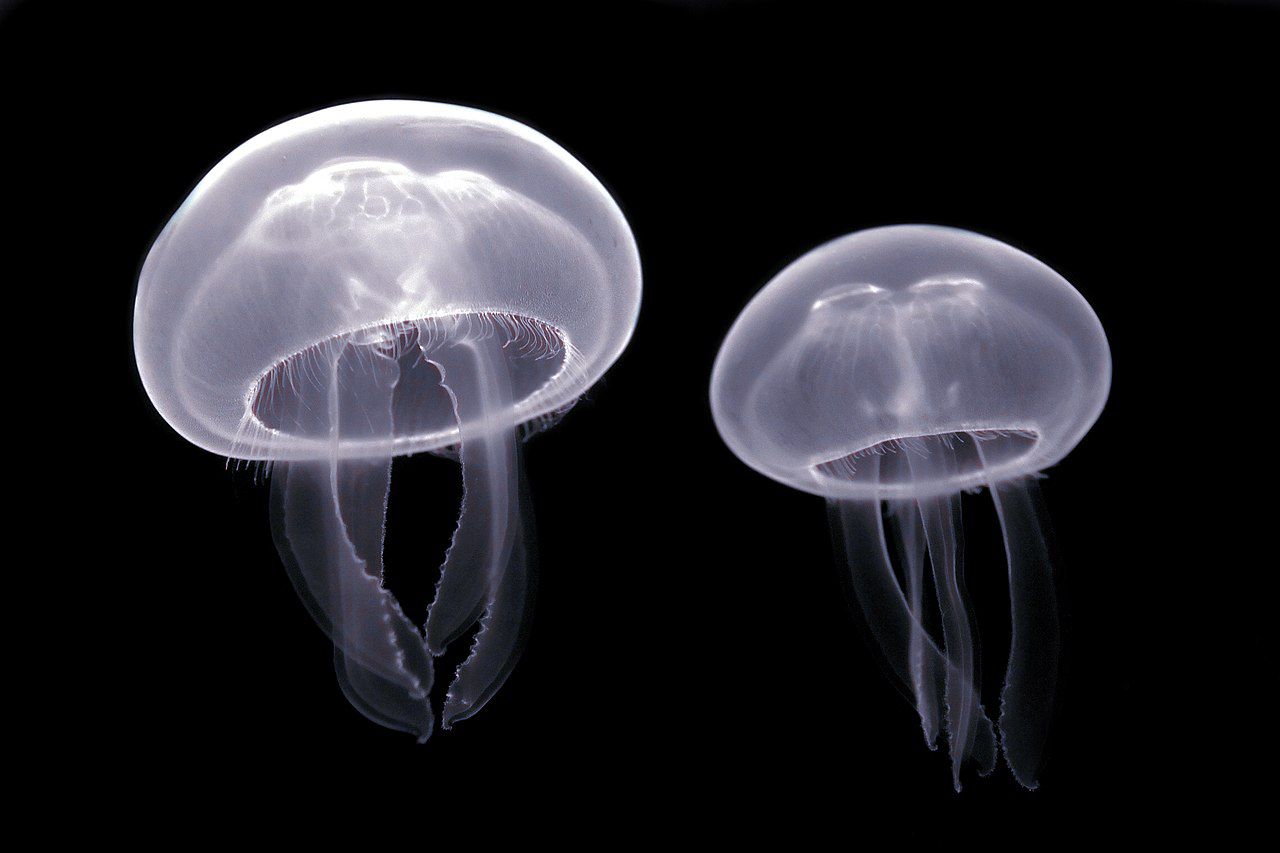 That depends on the species; for example, leatherbacks can consume the equivalent of 16000 calories of jellyfish before making their long journey of 9000 miles (approx. 25,800 km) to Indo-Pacific for breeding and nesting beaches.

The time taken to catch one jellyfish depends on the size of the bell diameter of the jellyfish; on average, they consume 261 jellyfish in a day with 13.5 hrs foraging time; that gives us the figure of 3.1 minutes for every jellyfish.

The leatherbacks consume more or less 75% of their body weight in jellyfish; Jellyfish is all-pervasive; they exist in all the oceans in the world, resilient even in the most extreme conditions. Moon jellies and lion’s mane blooms in the northern waters during the summer months; these turtles swim in their meals during these months.
So, in a way, leatherback turtles maintain the ocean’s ecosystem by consuming burgeoning jellyfish.

However, it is critical to note that the likeness of plastic bags and jellyfish cause several internal injuries to leatherbacks; sometimes, it results in the death of leatherbacks. Thus, turtles’ death due to plastic bag consumption is not part of the natural process in maintaining the ecosystem; it is purely an oversight of human blunder.

Do turtles eat jellyfish to get high?

The fragile beauty of jellyfish is indeed intoxicating to our human eyes; there are endless varieties of jellyfish ranging from microscopic to 100 ft (3 meters) long; they are not fish; they are translucent jellies, sea anemones.

The origin of this question is from the character Crush the turtle (Finding Nemo). It is portrayed all the time high as the turtle eats jellyfish. It is further elaborated that the poison from the jellyfish tentacles rather intoxicates them as marijuana does to humans, instead of harming them.

However, there is no scientific evidence to back up this claim.

Can you feed your pet turtle jellyfish?

Sea turtles such as Leatherbacks, Olive Ridleys, Kemp Ridleys, Flatbacks, etc., mostly live on Jellyfish; approximately, leatherbacks consume about 73% of their body weight during the summer months, amounting to 16000 calories; it is about seven times more than their need for survival.

Pet turtles eat a diverse range of food depending on the species, just like the wild turtle species; vegetables, berries, mushrooms, beetles, caterpillars, grasshoppers, earthworms, fish, insects and bugs, commercial pellets, etc. It’s always better to consult a vet or a turtle expert as the turtle’s diet varies from species to species.

According to United Nations, up to 1 million species face extinction but not Jellyfish; they thrive in warm and polluted waters of the world’s oceans. Jellyfish are all-pervasive. The global population of many Jellyfish species is blooming.

Jellyfish blooming is directly attributed to global warming; unlike other species, Jellyfish can bloom in a warm and low oxygen level environment, thus proliferate uncontrollably, causing the closing of beaches worldwide.

A very few predators can prey on Jellyfish; sea turtles such as leatherbacks are top among the jellyfish predators. During the summer months, they consume Jellyfish equivalent to 16000 calories a day. A study reveals that the leatherbacks have a 100% success rate in preying on Jellyfish; because Jellyfish move so slowly, leatherbacks need on an average 22 seconds to hunt a Jellyfish.

Jellyfish are not just opportunistic prey to their predators, including sea turtles. Though 95% of Jellyfish contains only water, it includes some valuable fatty acids, vital components of cell membranes crucial to growth and reproduction.

By preying on Jellyfish, leatherbacks keep the oceans’ ecosystem in balance. Furthermore, the leatherback is one of the endangered species that can thrive on Jellyfish and multiply its population.

It may seem unconventional when you first hear the question, do turtles eat Jellyfish? What a strange question to ask? And even more, stranger, when you hear the peaceful turtles go about munching on thousands of these poisonous gelatinous creatures every day.

Jellyfish are lethal to most creatures, including humans. Thanks to the millions of years of evolutionary adaptations that allow the sea turtles, such as leatherbacks, flatbacks, Ridleys, etc., to consume these toxic jellies. Various studies reveal that it is not an opportunistic eating habit; indeed, the essential fatty acids that play a vital role in growth and reproductions help turtles to burgeon their population.

Sea turtles are one of the very few Jellyfish predators that keep a check on the Jellyfish population and play a vital role in maintaining the oceanic ecosystem.