Can a Fish Drown? It is one of the many questions we ask ourselves when we think of Fishes. It might surprise you that a fish can drown. But, this would be termed suffocation or asphyxiation. If, a fish can drown, how to prevent it from happening? Let us continue reading!

Fish can drown in an over-populated environment. A fish can also drown due to poor water circulation like in a fish tank, fish pond, aquarium, etc.

Let us keep reading to know about how can fish drown or suffocate in the water?

Drowning is defined as respiratory impairment as a result of being in or under a liquid. Which means dying from not being able to breathe in air and breathing in water or another liquid. Consequently, there is more water than air in the lungs. Oxygen is quintessential for fishes to live as any other living beings with the exceptions of anaerobes.

How do fish breathe underwater? 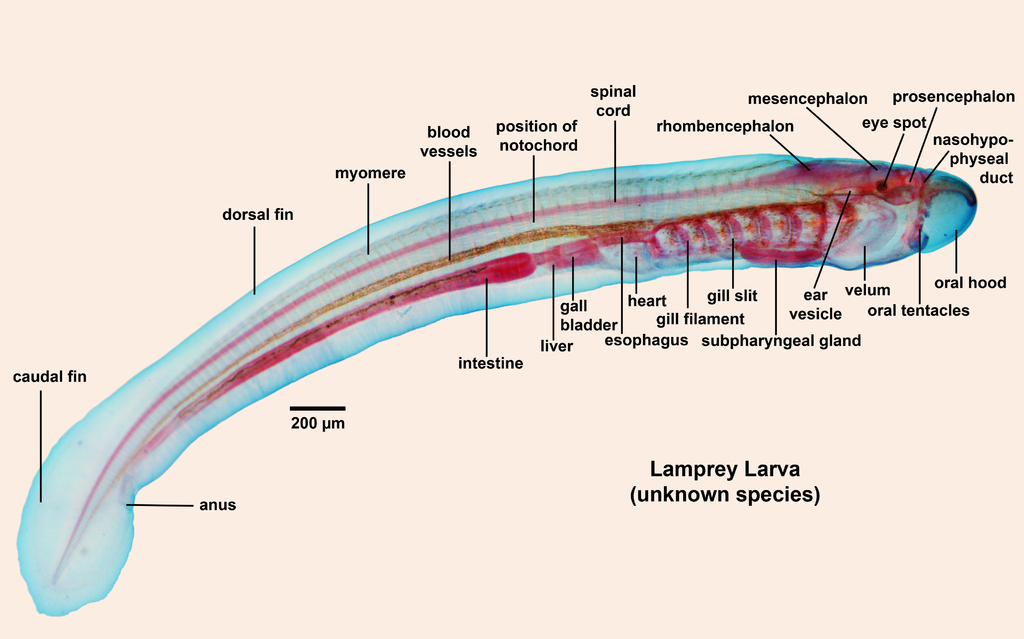 Fish get their oxygen from the water. A large amount of water passes through their mouths and gills, whereby the dissolved oxygen in the water passes through the thin walls of gills and into the bloodstream. Thereby, fish absorbs oxygen from the Red Blood Cells in exchange for carbon dioxide. This is possible only when the dissolved oxygen level in the water is higher than the blood.
The desired oxygen level is 5.0 to 6.0 Parts Per Millions(ppm) for any aquarium, pond, or fish tank. When the dissolved oxygen level drops to 3.00 ppm, it becomes stressful for all the aquatic lives. Further, it will become fatal for fish and other aquatic lives when dissolved oxygen drops below 2.0 ppm.
One might wonder why a fish out of the water dies despite the presence of higher oxygen in the air than in the water? Well, the answer is that the gills of fish are not meant to process air.
Apart from gills, fishes have other breathing channels.  The babies breathe through their skin before the gills form. Although, about 10 to 20% of the breathing takes place through the skin of an adult fish.

Why do fish swim sideways sometimes? 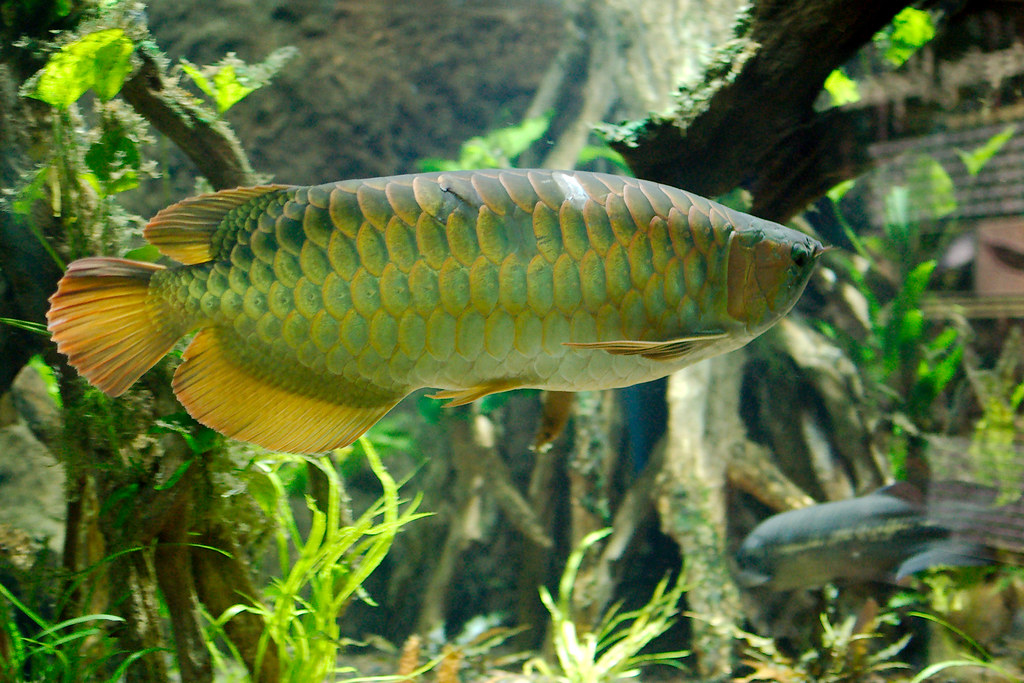 Can a fish drown if pulled backward?

This may be true for some species of fish. If the fish is pulled backward it can suffocate and die: The gills of fish work only one way as the water passes over its gills in reverse.

The one other reason why fish drown if pulled backward is selective breeding. This process is carried out to bring out brilliant colors, large and flowing fins, but this process affects their inner organs that include gills. For example, Siamese fish or Betta‘s natural colors, in general, brown, grey, and green, and the fins are shorter; similarly, the most popular species in the aquarium trade Goldfish’s natural colors are dull grey or silver grey or olive green. Today, there are over 200 types of goldfish in the aquarium trade, all are the result of centuries of cross breedings.  However, in the aquarium business, they have been selectively bred to display a vibrant display of colors, fins, and tails. 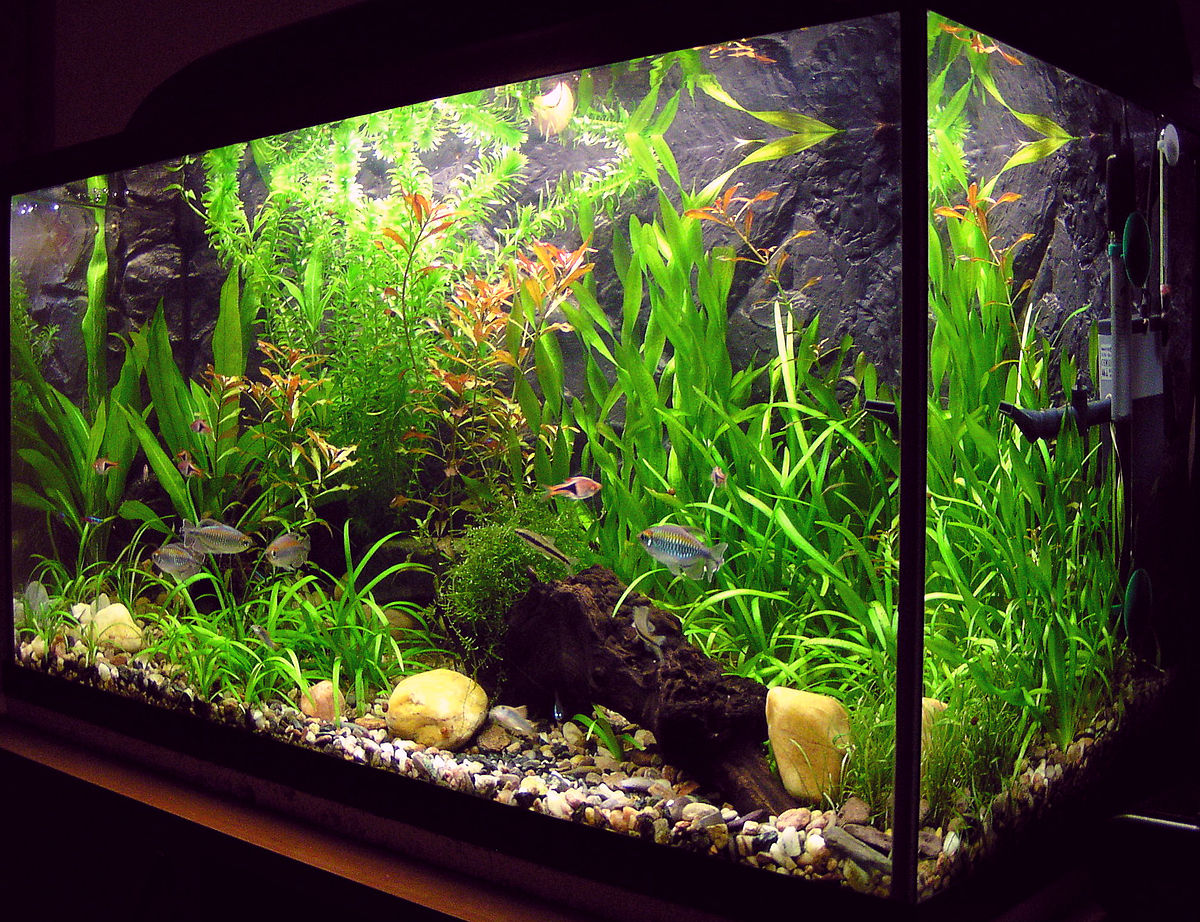 There are multiple reasons why the dissolved oxygen levels in the water may be low. The most common causes are:

Overfeeding the fish results in excess bacterial concentration in a closed atmosphere which leads to depletion of oxygen. Depletion in the oxygen level can drown fish/suffocate a fish.

Similarly, overpopulation in a confined environment like in a fish tank, fish pond, or an aquarium leads to reduced oxygen level that causes fish to drown/suffocate.

Like humans, fish suffer from diseases and parasites. According to Wikipedia, Disease is a prime agent affecting fish mortality, especially when fishes are young. Also, Parasites in fish are a common natural occurrence.

Generally fish requires less light, unlike plant kingdoms. Photosynthesis of plants can take place only when there is balanced light. Photosynthesis determines the level of dissolved oxygen in the water. Thus, the fish tank requires 10 to 12 hours of lighting.

If the pH of the water in the aquarium is too low will kill most of the ornamental fishes and the eggs in the aquarium. If it is too high, it will shoot up algae matter and induce depletion of dissolved oxygen level in the water.

When the temperature of the water goes, the metabolism of the fish speeds up, in turn, they use more oxygen. However, when the water temperature rises it holds less oxygen. Hence, the fish can drown or suffocate due to low-level oxygen in the water.

Decomposing green matters absorb a high level of oxygen resulting in the deprivation of dissolved oxygen in the water.

Lack of circulation of water:

How do we know if the Oxygen Levels are low?

A fish living in a tank or an aquarium, wherein the dissolved oxygen level is low will exhibit numerous signs, such as:

How to prevent a fish from drowning in a tank or an aquarium or a pond? 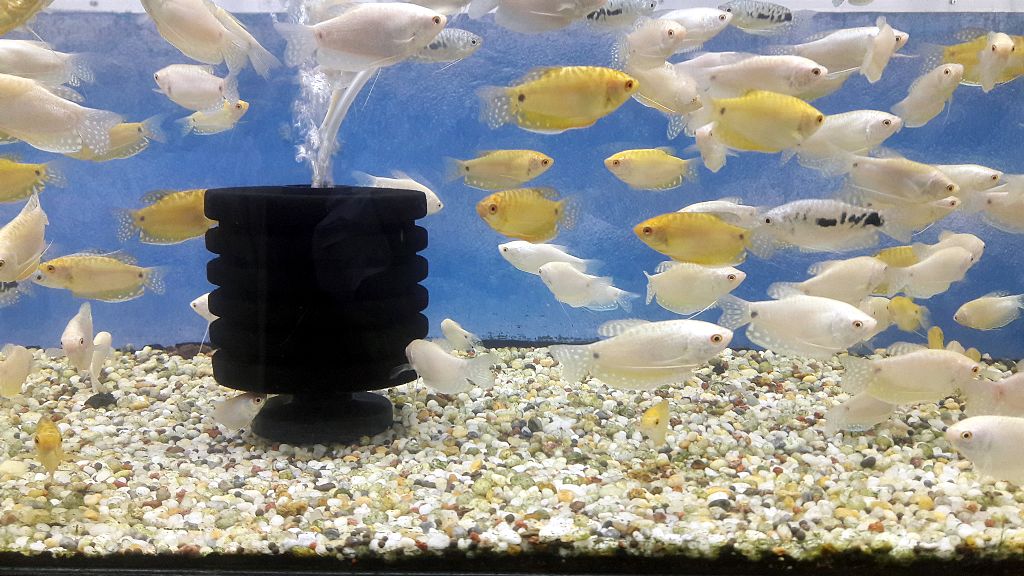 A fish living in an environment where the dissolved oxygen level is below 2.0 ppm becomes fatal to your fish.

Let us look at the preventive measures:

As we have seen earlier in the article, overpopulation of aquatic life will deplete the dissolved oxygen level in the water, which results in the drowning of your fish.

Most of the air exchange takes place at the surface of the water. So, it is wise to choose a tank with a large surface area, which eventually leads to a higher dissolved oxygen level in the water.

Filtration and Circulation of water in the fish tank is a pre-requisite to:

Water quality in the fish tank or an aquarium gets deeply affected due to various addition of chemicals.
Cities under the guidance of the World Health Organization (WHO) use some chemicals to disinfect at different stages of water distribution. Chlorine, chlorine dioxide, monochloromine as primary disinfectants and residual disinfectants. Also, coagulants such as aluminum and iron salts are used by most city water distribution.
Therefore use a de-chlorinator to clean any water before adding it to the fish tank. Read thoroughly the instruction and avoid overdosage of any chemicals.

The lustrous green and red live aquariums plants certainly add vibrancy and colors to your aquarium tank; they also clean and fix dissolved oxygen in the water.

Live plants such as java moss, java fern create a great cover for shy and timid species and provide shelter to the newborns and housing infusorian, the first fry food.

Adjust the pH of water in the aquarium:

Acclimatize your fish tank, aquarium or pond, every single time you introduce a new fish into them. Most freshwater fishes do well in neutral pH water. The pH of aquarium water will change within a course of time due to the decomposition of organic matter. The best way to tackle this issue is by a regular topping of water.

Adjust the temperature of water:

Higher water temperature increases the metabolism of the fish but diminishes oxygen holding capacity. Therefore, fish can drown or suffocate. Whereas the cold water holds the oxygen, but, diminishes the metabolism.
Hence, it is crucial to maintain the right temperature. The best temperature ranges from 75 and 80 °F (24 to 27 °C) for freshwater or a  tropical fish tank.

Technically speaking, a fish can’t drown in water, but they experience the same as drowning while suffocating or during asphyxiation. We can prevent it from happening by maintaining the right temperature, a good oxygen level, a balanced pH, and a chemically balanced clean water. Most of all, avoid overfeeding and keep the water crystal clear. You can go a long way in managing your aquarium by keeping your tank clean and providing ample oxygen.
If you have any questions or doubts or would like to share your thoughts about this article, please leave a comment below or contact here.